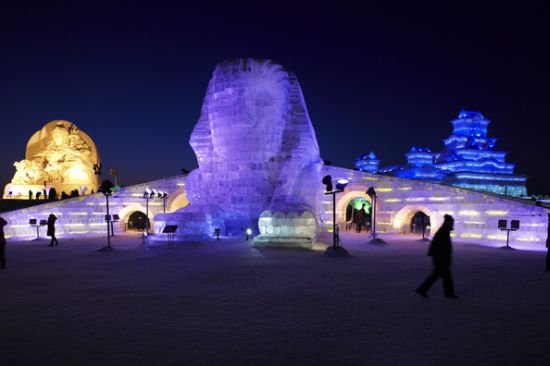 The ice sculptures that are created every year in some of the coldest parts of the world would amaze you at the artistry.  So, Every year there are people that get out and make the best of the situation they are in and since the east coast and Midwest of the United States are having a cold blast, I thought I’d share some of the great ice art with you!

This is really amazing and full of intricate detail.  can you imagine how cold you’d get trying to be the artist of these masterpieces?
Can you imagine the process and the long hours that was put into this Oriental building?  Looks a tad out of place, doesn’t it?!

Alas, there are many cultures depicted herein sculptured ice.  The detail is pretty amazing in this sculpture. 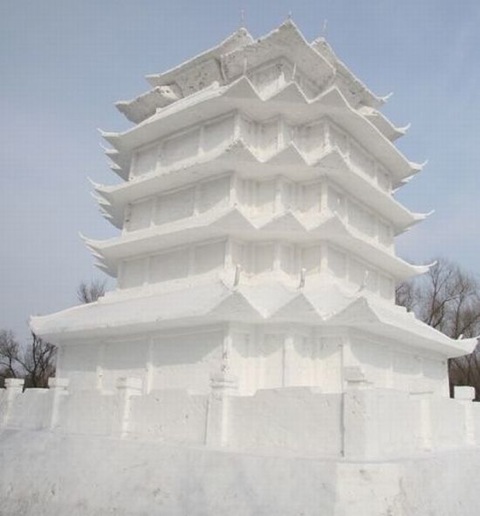 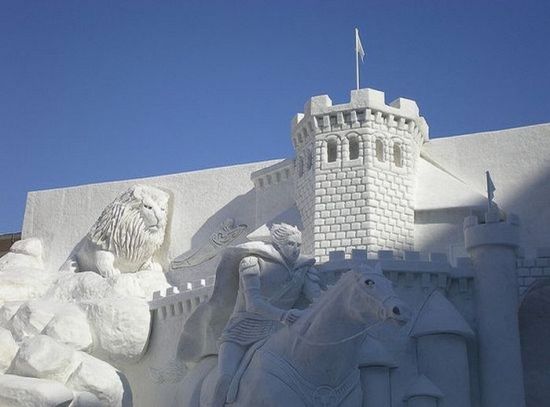 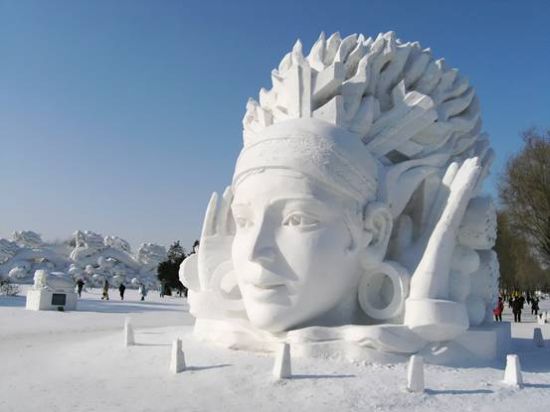 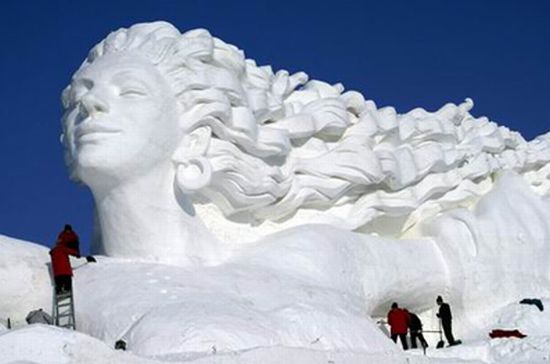 Here you see the workers finishing up on this masterpiece… 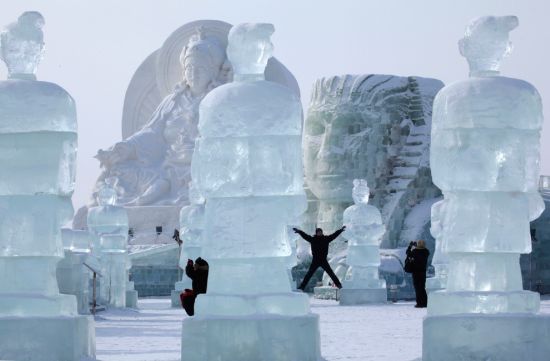 Looks like a mixture of culture in this photo (above) with native American, oriental figures carved from solid blocks of ice.  I’ve seen this done first hand during my tenure at the Nike World Headquarters.  They go about things with a chainsaw at first to get the general idea setup. 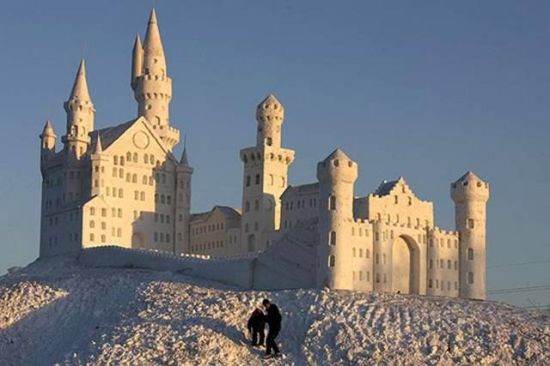 Things can be done with sand as well.  Look at the size of this sandcastle compared to the two people next to it.  How do you think they got the top spires to stay where they are? 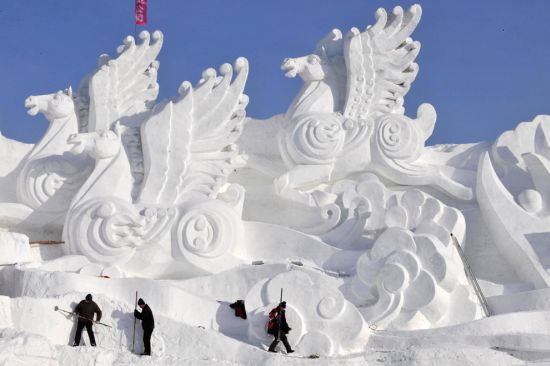 Just one word for this sculpture art: “Beautiful” 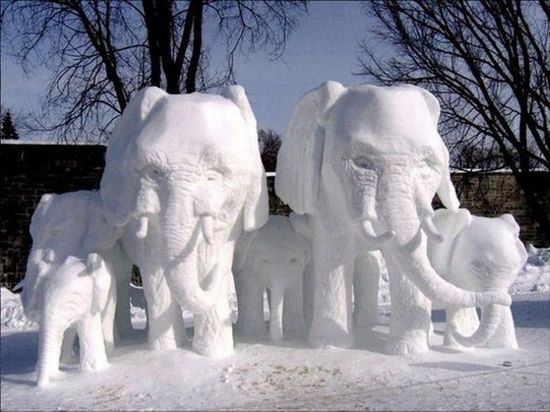 It’s a family of elephants made of snow – very cute and creative! 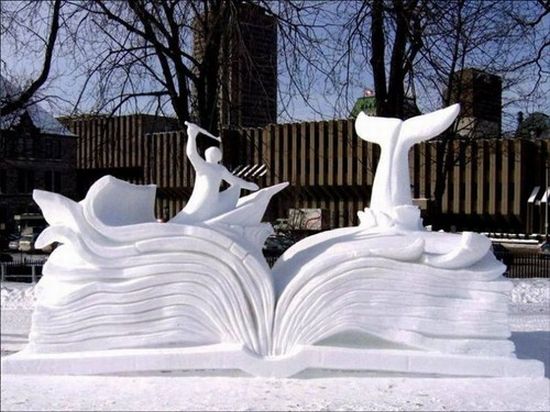 Out of the bible comes living word – in this case, we look at the story of Johah 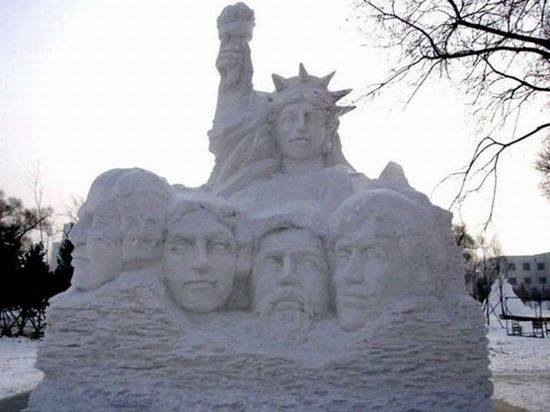 As American as can be – this is trumped by the statue of liberty.  Could this be symbolic? 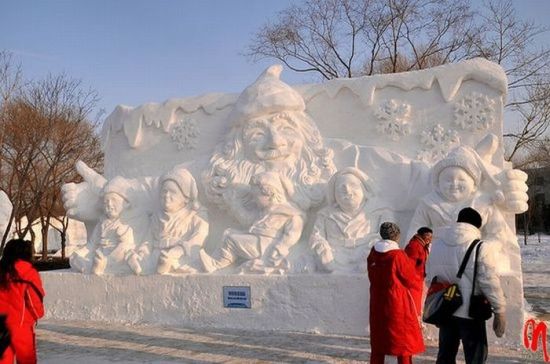 Santa and his elves bringing good tidings and cheer to all. 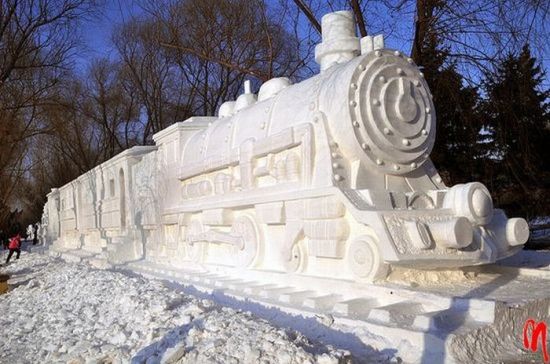 This was actually the ending of the filming of “Polar Express” – I really can’t back that up but it was fun while it lasted.  I’d be willing to go out on a railroad tie and say that this train is inspired by that movie though. 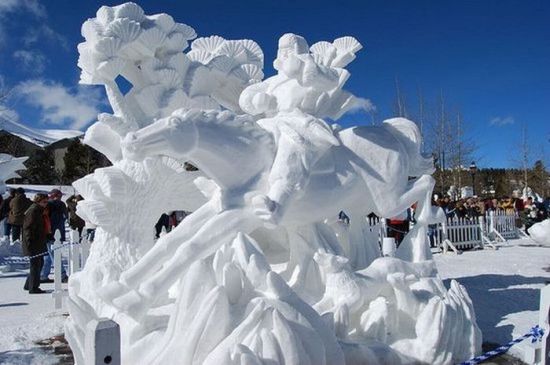 I’m not quite sure what this is but it looks like something from a Disney film.  Comment below on what you think it is. 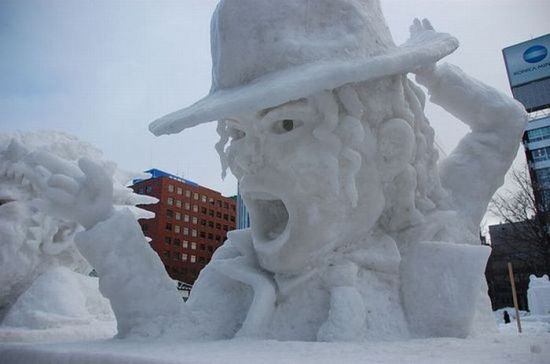 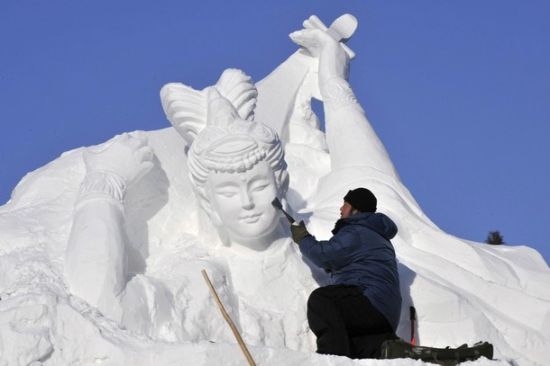 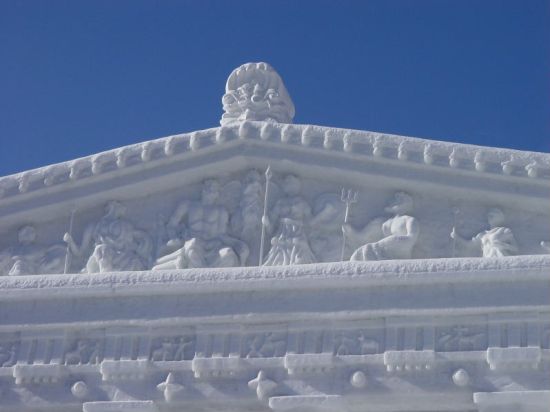