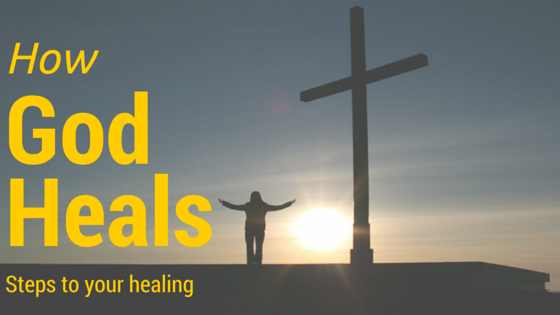 It’s one thing to want to be healed and it’s a totally different thing to actually be healed, but what I’ve learned is how God heals his people is so simple yet people make it so hard!

If I told you that all you need to do is literally read the word of God about healing, or about any other subject in life, and it would come to pass, would you believe me? Most would say, “Yes, of course!”  But the real test is when you put this to the test in real-world situations.

Real world situations tend to not align with how God heals his people.  I say this only because I know how I have looked at life in the past.  I have thought that it would be a miraculous movement of God where I would be at peace and the supernatural would take place without me having to do a thing because God chose to heal me at that time.

You see, this is His will ALL THE TIME!  What the problem with the thinking above is that Christians around the world do not know how the kingdom of God works.  When you understand how the Kingdom of God works, you then know how God heals his people.

It says in Hosea that Gods people are destroyed for their lack of knowledge.

My people are destroyed from lack of knowledge. “Because you have rejected knowledge, I also reject you as my priests; because you have ignored the law of your God, I also will ignore your children.”
Hosea 4:6

So, if we are not cognizant about the things of the Kingdom (or government) of God then we really don’t know how to live life to the fullest as Jesus promised when he was walking the earth.

The thief comes only to steal and kill and destroy; I have come that they may have life, and have it to the full.”
John 10:10

It’s time for Christians to step up and learn what the Government of God is all about. How to work inside of the provision that has been set up.  We live in a created world set up by YHWH, the great I AM.  He is a God of more than enough.  His creation is set up with rules and boundaries.  If we ignore them we get things we don’t want.

The reason I’m telling you all this is because I had a breakthrough the other day about my walk with Him.  Here’s my video that tells you more:

Another quite popular way that people are seeing healing in today’s world is through meditation on the word of God.  These scriptures are meant for life.  God says so himself in 2 Chronicles 7:14.

14 If my people, which are called by my name, shall humble themselves, and pray, and seek my face, and turn from their wicked ways; then will I hear from heaven, and will forgive their sin, and will heal their land.

What exactly does it mean to heal their land?

If you do a word study, you’ll find out that it doesn’t mean just the land itself.  This means anything on the land and in it as well.  So if you’re part of a country, you’ll see healing in your body.  Meditating on this scripture with the understanding that it means healing to your body is something that will give you life.

Some of the scriptures that I recommend meditating on daily.

Another verse that I recommend getting into an agreement within your heart is Hebrews 4:12.  It’s a verse that will bring Heaven into the world and do more than just heal your body.  You’ll be translocated all over the world healing the sick and best of all, praying for people to join the Kingdom of Heaven.

Listen to this video that will explain more about this verse in Hebrews.

This video.  WOW! I literally just stumbled upon this as I was searching for more and desiring to fulfill my calling in life.  I believe that the world has not seen what the Kingdom of Heaven has in store for the worldly people.

How Translocation In The Spirit Works

There’s a Chinese man who organized meetings all over China.  The government hates this man because each time they think they have him, the man literally walks free and moments later he is 400 miles away.

How God Heals His People Through Music

God does many things in our lives where we don’t necessarily realize are happening.  The old adage I remember goes something like this:

So, one of these mysterious ways God heals his people is through Music.  This was just one of those things that we trusted but science has now given a reason for music to be a healer.  That reason summed up is due to music being a series of vibration.

We are all created beings.

But as noted in the section above with Ian Clayton, we are spirit first.

If vibrations are able to heal and music is able to set a tone or atmosphere.  It stands to reason that music would be a healer of our bodies.

Music will do more than just send vibrations through your atmosphere.  It causes us to relax (sending stress out the door) and gives us a chance to use our minds to do what it can do naturally.  Heal the body.

Conclusion of How God Heals His People

It’s become clearer and more evident that when we follow the laws laid out by our Creator, life is much easier.  I know that the closer you are in your relationship with our Creator, that you’ll see more and do much more than if you were trying to do things on your own.

That said, be a doer of the Word.  Show the world how living the life God gave us doing things his way is much better (or higher as he says in His Word).