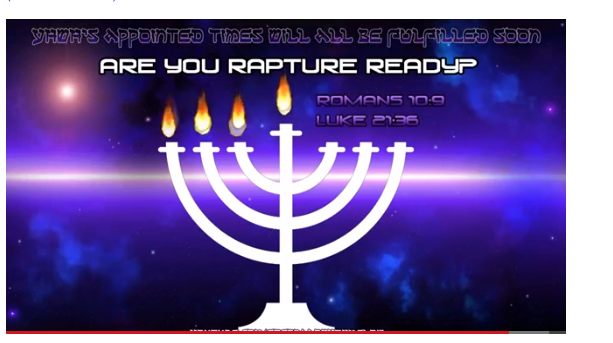 There are a few things concerning Jewish traditions.  These traditions are formed from the Jewish holidays.  It’s these Jewish holidays that need to be brought to light for the western culture.  When I say western, I mean, North & South America!

So with that said, I believe that there is a subtle plan by man to lull asleep people who may otherwise be more prone to observe these holidays.  Now in the image below you will see that the Jewish holidays are dispersed throughout the year.  Also, you can see that the Jewish calendar and the western civilizations calendar is just a bit off in time.  This is due to the way each calendar is measured.  The Jewish calendar is based upon a 360 day lunar calendar.  Whereas the western civilization calendar (Gregorian) is based upon a 365 day solar calendar.  This plays a big part in the prophecy that God will shorten the days in the last days or all flesh would die.

If those days had not been cut short, no one would survive, but for the sake of the elect those days will be shortened. – Matthew 24:22

If Jewish holidays mean so much – and they do – then how are they going to affect me and the rest of the world?  I’m glad you asked that.  Let’s take a look!

First and foremost, Jewish traditions have been observed for thousands of years and there is a reason for each one of them to be observed.  The ones I am going to focus on in this post are the Jewish traditions from the Bible.   I’ll get into a few correlations to how they affect us today and then give you a chance to make comments and be a part of this discussion.  Remember, the rapture (or as it’s called in the greek translation, Harpazo) will happen based on God’s calendar.  Since the Jews are His chosen people, we all are to follow the Jewish calendar in order to see prophetic things correctly.

Passover is one of the three pilgrimage festivals (Shalosh Regalim) during which the entire population of the kingdom of Judah made a pilgrimage to the Temple in Jerusalem.  This was fulfilled when the Israelites were instructed to mark the doorposts of their homes with the blood of a slaughtered spring lamb.  That way when it was time, God would passover their home and their first-born would not be killed.  If you recall, this is the reason that the pharaoh’s son was taken from the pharaoh.  God gave the Pharaoh a choice to let His people go.  The Pharaoh didn’t oblige so, this is the reason for ‘passover’. To correlate this to our time now, God would “Passover” our sins and spares us from the death penalty when we are covered by the sacrifice of Jesus who died to pay the penalty for our sins in our place.

This is a jewish holiday where the Jews are told to remove all leaven from their household.  Leaven is the yeast.  The significance to this is that the yeast will grow – just as sin will grown when it’s hidden.  So you see the issue with leaven.  It’s the process of decay and death that causes the “rise of the dough”.  This would not be possible if it were not for the curse of death, which came from Adam and Eve.

Seven days is the amount of time that is needed to remove the leaven.  The number 7 represents Devine completion.

Surely he has taken up our sicknesses
and has carried our sorrowful pains;
yet we regarded him as stricken,
beaten by God and afflicted.
But he was pierced for our transgressions;
he was crushed for our perversions;
upon him was the correction that brought our peace,
and by his blows we are healed.  Isaiah 53:4-5

There are some jews – from what I’ve heard – that obey this but don’t fully get rid of the leaven.  Instead, they call up their neighbors and ask if they wouldn’t mind storing this food for them for a week in order that they might not have to go buy more after the holiday is over.  Basically this is a time to remove all the sin from your household.  This holiday has been fulfilled by jesus by dying on the cross for our sins.  Jesus rode into Jerusalem, 4 days later Jesus was crucified, and 3 days after he rose.

This is a holiday that is celebrated  on the seventh Sunday after Easter, commemorating the decent of the Holy Ghost upon the apostles; Whitsunday.  It’s a noun and has Greek origins.

The interesting part about the holiday of Pentecost is that it’s called the feast of weeks. This is because it is celebrated seven weeks after Easter.  There’s other symbolism involved as well.

When God says a day is like a thousand years and a thousand years like a day, it’s also correlated to a week of days. There are 49 years in a seven-week week. 7×7 would be 49. On the 50th year it would be called the year of Jubilee. Jubilee represents a time of forgiveness of debts, giving everyone a chance to start over.

This is held true in many facets of life as well, such as farming.  Every 7 years the land needs a time to rest and regain its’ ability to nourish and produce the food.  When you hear people say that our food don’t have the minerals that it used to have, this is the reason for the lack of nutrients in our food. Our farmers are not using the 7 year cycle anymore due to demand on making money.

So to get back to the meaning of Pentecost – Jesus fulfilled it by sending the Holy Spirit to be our comforter, seven weeks after Jesus went back to heaven.

represents a time of forgiveness of debts, giving everyone a chance to start over.  This is held true in many facets of life as well, such as farming.  Every 7 years the land needs a time to rest and regain its’ ability to nourish and produce the food.  When you hear people say that our food don’t have the endorsement that it used to have,  this is exactly why this is true. Our farmers are not using the 7 year cycle anymore due to demand on making money.

So to get back to the meaning of Pentecost – Jesus fulfilled it by sending the Holy Spirit to be our comforter, seven weeks after Jesus went back to heaven.

Yom Kippur is also known as the day of atonement.  The literal meaning of Yom (Day) Kippur (atonement)  This is a day that all the Jews will not work – it’s a complete Sabbath.  The next upcoming day that Yom Kippur will happen will be September 14th, 2013.

The day of atonement is a conclusion to Rosh Hashanah, which is the Jewish New year.  The end of the 10 day holiday in which all the sins from the previous year are atoned for during this period of time.  The way that this feast has already been fulfilled is by dying on the cross.  Part of the tradition, is that a crimson sash was tied to the door of the temple. When it turned white, it was a signal that God had accepted their sacrifice.

Rosh Hashanah is a Jewish holiday that starts on the first day of Tishri.  However, the actual day and hour that this holiday starts is not known by anyone.  This is one of the clues as to when Jesus is going to come back in the clouds to get the church.

The name “Rosh Hashanah” is not used in the Bible to discuss this holiday. The Bible refers to the holiday as Yom Ha-Zikkaron (the day of remembrance) or Yom Teruah (the day of the sounding of the shofar). The holiday is instituted in Leviticus 23:24-25.

The shofar is the blast that is heard, that officially starts the Jewish new year and is also mentioned in the bible in Matthew 24:31.  The NIV puts it like this:

And he will send his angels with a loud trumpet call, and they will gather his elect from the four winds, from one end of the heavens to the other.”

But another version that I just discovered called “Weymouth New Testament” puts it in a way that is much different from the rest:

And He will send out His angels with a loud trumpet-blast, and they will bring together His own People to Him from north, south, east and west–from one extremity of the world to the other.”

This is the next holiday to be fulfilled in the God’s calendar.

If you are ready to accept that Jesus is the Messiah, then you can simply ask Jesus to forgive you. Tell him you want him to be the Lord of your life. Know that Jesus is coming back for His people in the very near future!

I hope this post, albeit short, makes sense to you and that you will watch for more posts related to this subject of prophecy.

Until next time – keep your head up and looking towards Jesus!