What I’d like to discuss, is what Judgment In The Kingdom Of Heaven will look like and how to be on the winning side.

There will be a judgment in the end times, specifically after the rapture happens.

Now I know you might be saying, “there is no word ‘rapture’ in the bible’.

That much is true. However, if you dig into the Bible, you’ll find that in the Greek and Hebrew have words for the English word rapture.  The Greek word, “Harpazo” or translated the snatching away is prophesied to happen after the 70 weeks is complete.

UPDATE: we are in the 2nd quarter of 2016 now and there are more things going on in the world such as the new world order seems to be getting closer. But know we as Christians can have a lot to do with delaying and smashing it before it takes place.

Revision: As of this edit (February 2018), we are still looking for the church to take its rightful place ruling and reigning.  No rapture has happened, and theologians are aiming towards the festival days in the month of September or October.  This is all depending on the year we are currently in.

Now, Perry Stone is a prophetic preacher that I respect and I’d have to say I agree with about 90% of the things he preaches – after all we are not all 100% right! 🙂

How To Get Out Of Living Through The Tribulation

So, what do you do in order to get a free ticket out of this world when the time comes for the tribulation?

The first and foremost thing you need to do is to give your life over to Jesus.  Basically, that is done by praying and asking Jesus to come into your heart.  A simple little prayer like this:

Jesus,  I know I’m a sinner.  Please forgive me.
I know that you came to die on the cross for people just like me.
I accept your offering for my sin and want you to be my Lord and Savior.
I promise to serve no other gods and to only serve you, Jesus to the best of my ability.
Thank you for saving me, Jesus!

There really is not much to that prayer that is tough to say in order to get a ticket to eternity in Heaven!

Go ahead and pray that prayer now!  You have nothing to lose and everything to gain.

The next thing that you can start doing is telling people about Jesus in the natural flow of conversation.  The Holy Spirit will give you the words for the moment (Luke 12:12), and you will be more effective when you are yourself! 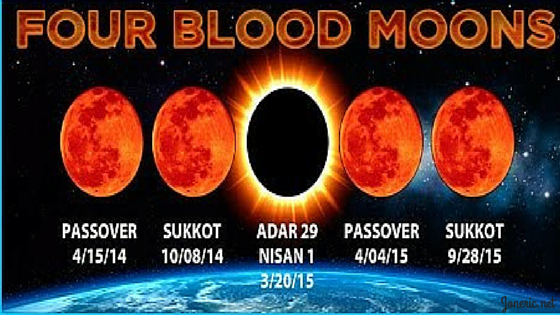 I’m pretty sure that the blood moons have something to do with the rapture.  However, it doesn’t necessarily mean that the rapture will happen this year or next year.  There are signs in the sky that point to Jesus’ return and also all the signs in the world that it is very close.

Logically, I’d probably lean towards this happening sooner than later but when people start the setting of dates that can be a very slippery slope. Especially for those that don’t really study the bible and say that they ‘had a dream that the Lord told them‘.  Not all are in this category but that’s where you have to check in with the Holy Ghost and ask if this person is true.

I’ve read many scriptures, watched many videos on opinions but there’s still a couple of things that have been left out – so for that matter things that haven’t been driven home quite enough.

These things are there but under the radar of the general public that is just coasting through and depending on the watchers to tell them what’s going on at that particular point in time. So that people understand what must happen before the ‘great and terrible day‘, here’s a list of things that I still think should come to fruition. 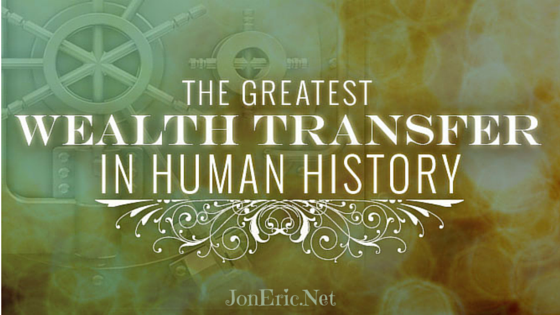 These things must happen for all of the righteous in order for God to sound the Trumpet.  Jesus is coming back for an unblemished bride and one of the blemishes that the bride of Christ has put up with for all too long is the blemish of poverty.

I’ve heard too many Christians say that they must suffer like Jesus because that’s how they know how to be like Jesus. That mentality is flat-out wrong!

This is a lie from the pit of hell.

We as kings (I’m referring to women here too because there’s not a division of sex in the spirit realm) should start proclaiming like kings and agreeing with the word of God so that we can get things done in the fields where the harvest ripe for the picking.  Remember that one of the traits of a king is that they are wealthy.  Poverty has nothing to do with a king.

Poverty is not a blessing but a curse, those that think otherwise need to read a few scriptures and ask the Holy Spirit about this subject as I know for myself He will confirm what is written here.

Poverty Is Not A Blessing; Here’s Why Abundance Must Happen Before The Rapture 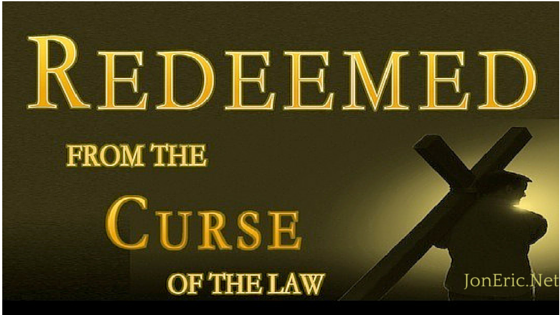 First off, the book of Proverbs is a book full of wisdom.  It tells of YHWH’s character.  Jesus came to set us free from the law.  Which one of those is a curse of poverty – Galatians 3:10

The LORD does not let the righteous go hungry but he thwarts the craving of the wicked.

One man gives freely, yet gains even more; another withholds unduly but comes to poverty. A generous man will prosper; he who refreshes others will himself be refreshed.

The poor are shunned even by their neighbors, but the rich have many friends. He who despises his neighbor sins, but blessed is he who is kind to the needy. - Proverbs 4:20-21 Click To Tweet

He who oppresses the poor shows contempt for their Maker, but whoever is kind to the needy honors God. Click To Tweet

So you see just in the book of Proverbs alone there are verses that say God wants you to be prosperous and abundant.  I’ve found that it just doesn’t happen in the way that you imagine it happening. But, you can count on Jesus to do exactly what He says he is going to do.  Maybe it comes to you through your hard work, or perhaps it will happen supernaturally because of your walk with your creator, Jesus!

In any case, you’ve probably wondered if Judgement in the kingdom of heaven is going to be a good experience or a bad one.  If you’re reading this now, you’re definitely being called to something greater.

My advice to you is to yield to God.  Ask him to direct your steps – because He will!  If you haven’t asked him to come into your life yet, what are you waiting for?!

Just tell him you are a sinner and want his forgiveness for your sins.  Ask him to come into your heart (spirit) and confess that you believe he died on the cross to save our sins.

That’s it!  You’re a new creation (spiritually).  You’re now part of the Kingdom of Heaven!!

The Land of Damascus

Understand that just because something is to happen before the rapture is to take place does not mean that it will be something that you and I must go through.

The land of Damascus could be one of these such things to happen (see Isaiah 17:1-14).

Some say that this will be done at the time of the tribulation and some say it will happen just before the rapture and before the antichrist makes a deal for peace.  I’m one of those that believe the latter.

The timeline of God is one that can not be shaken and for this one thing to happen after the antichrist takes his throne just does not make sense.

The mere fact that the oldest city on the planet was destroyed is a great bargaining tool for the antichrist to usher in peace for the first 3 1/2 years of the tribulation.

We can all agree that we are definitely in the last of the last days merely by seeing the exponential evil that is happening in this world as we live in it today.  It’s not a question of if but when the tribulation starts – and in my opinion, it could start in as little as a few months (September 2018) or as much as a couple of years from now.

IN ANY CASE, you must be ready at any time because the time at this age is VERY SHORT.  As Gods children, we have been given the gift of choice and free will.  If you’re not sure how to become a Christian, simply repeat the sinner’s prayer.  In your own words, repent for the sins you have committed, ask Jesus to forgive you and to come into your heart.  Recognize that he died on the cross and rose again on the 3rd day.

I will not draw this out but rather attempt to make this as short as possible. This is not necessarily in the order that it will happen.

However, if you’ve given your life to Christ then you will be at the wedding ceremony in heaven, and it will not matter what happens here on earth at that time.  But if you’re left behind you will definitely need to be strong and faithful (Luke 21:36)

The first and foremost is that Jesus removes all the believers from Earth. (1 Thessalonians 4:13-18).

However you look at it, you should know that this is not all that happens.

There will be evil in the land that you have never seen.  It is said in the bible that God himself will cause a delusion upon those people to believe whatever is said about who to follow and that will be the antichrist. (2 Thessalonians 2:11)

Judgment in the kingdom of heaven conclusion

That is what I know about the tribulation and how the judgment is sent after the rapture happens.  It also is named ‘the great and terrible day of the Lord‘.  My prayer is that this information is enough for you to make an informed decision.  But more to that point, a decision to be a believer in the God of Abraham, Isaac, and Jacob.  Judgment in the kingdom of heaven doesn’t have to be a bad thing.  It can definitely be a great time for you too!   (doom and gloomers don’t want this to be true)

6 Jesus answered, “I am the way and the truth and the life. No one comes to the Father except through me Click To Tweet

He is the healer and savior from our sins.

You can believe or not believe.